It has been more than half a century since Kawasaki started full-scale production of motorcycles. Our first motorcycle engine was designed based on technical know-how garnered from the development and production of aircraft engines. Our entry into the motorcycle industry was driven by Kawasaki’s constant effort to develop new technologies. Over the years we have released numerous new models that have helped shape the market, and in the process created many enduring legends based on the speed and power of our machines. As Kawasaki’s Commitment to Performance and Styling continues to redefine the standards of high performance and riding pleasure, our latest challenges will surely give birth to new legends... 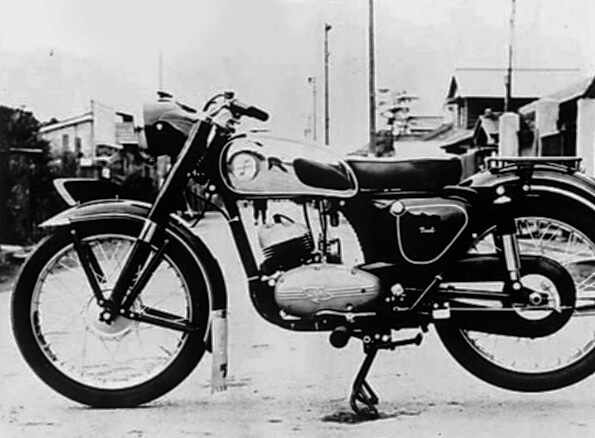 Production of the KB-5 Motorcycle Engine starts. (Kawasaki Aircraft Company, Kobe Plant) Its responsive torque at low and mid rpm, and outstanding characteristics give it a good reputation among riders. For the next 10 years the KB-5, while receiving a number of updates, provides the base for Kawasaki’s 125 cm3 motorcycle engine.

In 1957, production of an improved version of the KB-5 engine, the KB-5A, commences. The “Kawasaki” logo is stamped into the side cover for the first time. 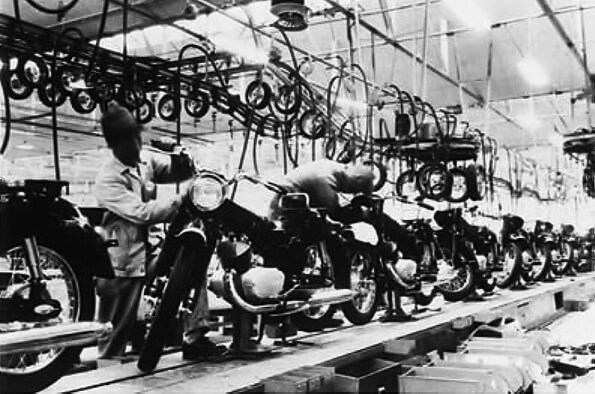 A factory dedicated exclusively to motorcycle production is completed. Sales of the Kawasaki 125 New Ace commence. 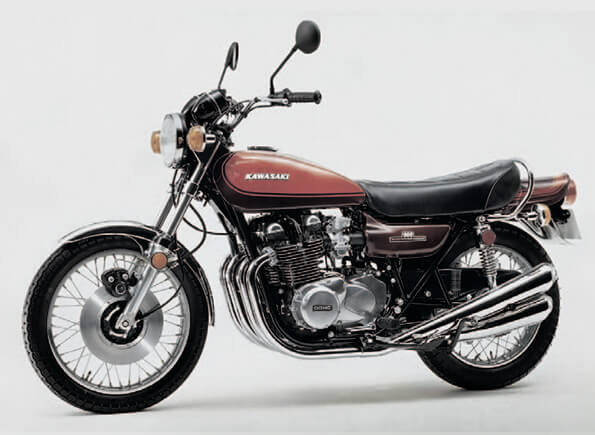 Birth of the Power King Legend
The Z1, with the world’s first air-cooled, DOHC, In-Line Four and other impressive specs, becomes the most powerful motorcycle of its time. Code-named “New York Steak” during its five-year development, the mouth-watering motorcycle is a huge hit from the moment of its release. The domestic Z2 also enjoys tremendous popularity in Japan. Overseas the Z1 reigns as the “King of Motorcycles” for a number of years. Z1-mania still endures in present day. In Japan, the popularity of the Z2 among motorcycle magazine readers catapults it to No. 1; the “Myth of Z” is born. 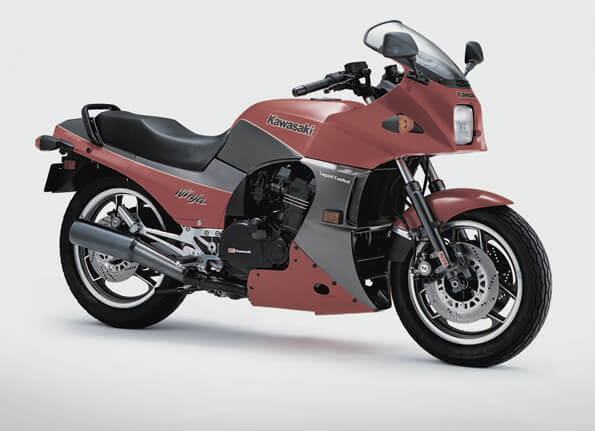 Ninja named “Bike of the Year”
he GPz900R rocks the world when it is released. The new model is equipped with Kawasaki’s first liquid-cooled, DOHC, 16-valve 4-cylinder engine and a light, compact chassis. With its phenomenal top speed and quarter-mile times the GPz900R rewrites the motorcycle record books. When sales start in 1984, it is named “Bike of the Year” by magazines all over the world. Its side-drive cam, diamond frame, unique full fairing and other features that distinguish it from competing models earn it great popularity. Receiving various refinements over the years, the long-selling model retains its popularity in present day.

The past 100 years of innovation has enabled Kawasaki to establish a firm foundation as a leading technological enterprise. Now, the company is fully prepared to welcome the new century and looks forward to playing a leading role in the advancement of humankind and to another century of innovation.

This website uses cookies.
Kawasaki Motors Enterprise (Thailand) Co., Ltd. uses cookies to collect information about your usage to improve our services as well as to increase the efficiency of the website to meet the needs of customers.
For more details, click