THE MOST RADICAL SUPERNAKED

In a significant departure from the concealing plastic bodywork of its predecessor, the new Z1000 strips off all unnecessary flourishes to boldly highlight the functionality of its parts. The sculpted bodywork was carefully crafted to bring the aggressive Z design to the next level. But the changes to the new Z1000 are more than skin deep. Kawasaki engineers were also determined to further enhance the riding impact offered by the dynamic Supernaked. The new engine and chassis settings deliver a stiffer, more direct ride feel sure to please experienced riders. This significant step forward, in both looks and feel, transforms the Z1000 into the market’s most radical Supernaked. Its appearance and performance can be expressed by the word sugomi .

The new Z1000’s sugomi design takes the mass-forward crouching concept of its predecessor even further. A key visual component is the new headlamp cowl which was positioned as low as possible, extending the line running down from the top of the tank to create the image of a crouching predator’s muscular shoulders and dropped head. The new LED headlamp design also borrows from the image of a predator on the hunt, its slim shape and dark, reflector-less construction creating an intense, glaring visage, much like a predator whose eyes have locked onto its prey. The condensed, dynamic form is reinforced by all-new bodywork that fits much closer to the engine and frame. As before mass is concentrated at the front, with the light tail cowl a mere wisp, as if drawn with the flick of a pen. The dichotomy creates a dynamic design with all lines, and the viewer’s eye, drawn to the front. 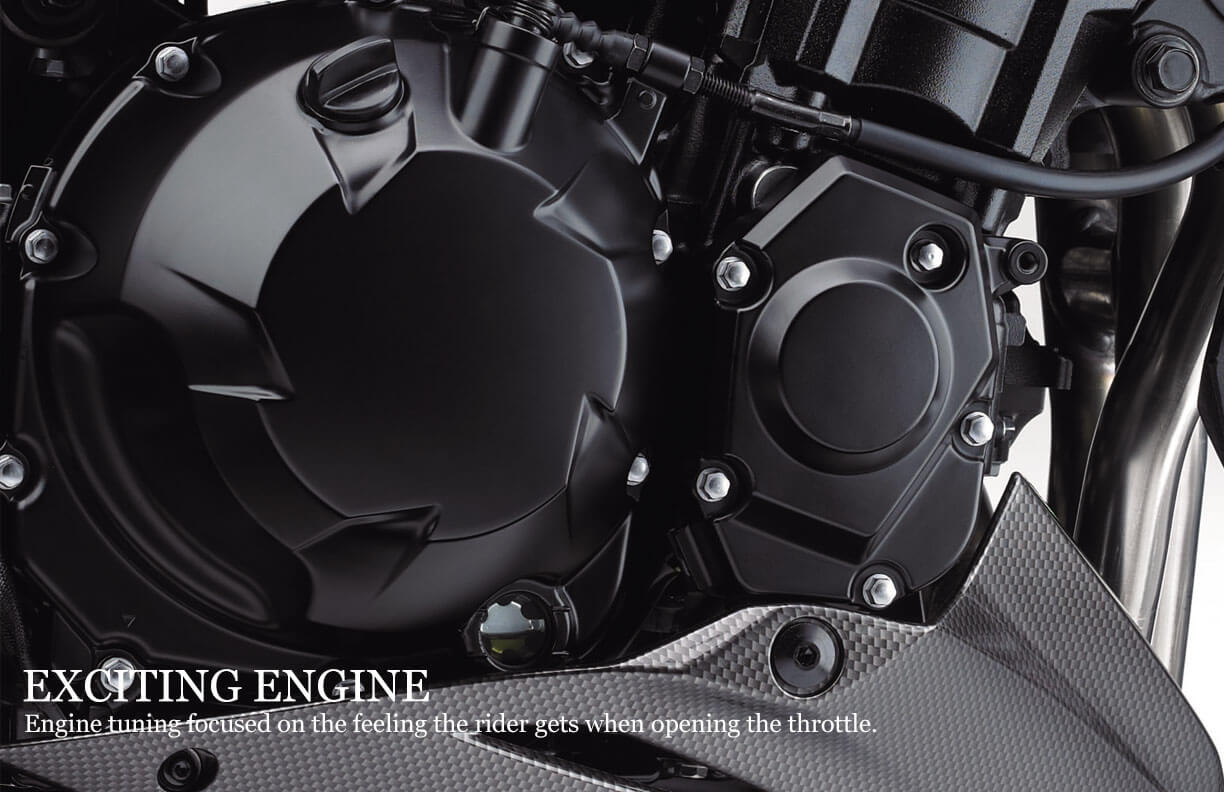 Engine tuning focused on the feeling the rider gets when opening the throttle. The strong torque feeling and mid-range hit of the previous model remains, but changes made to the engine and ECU settings result in a more direct throttle response. Combined with the shorter gearing, acceleration feels noticeably stronger. 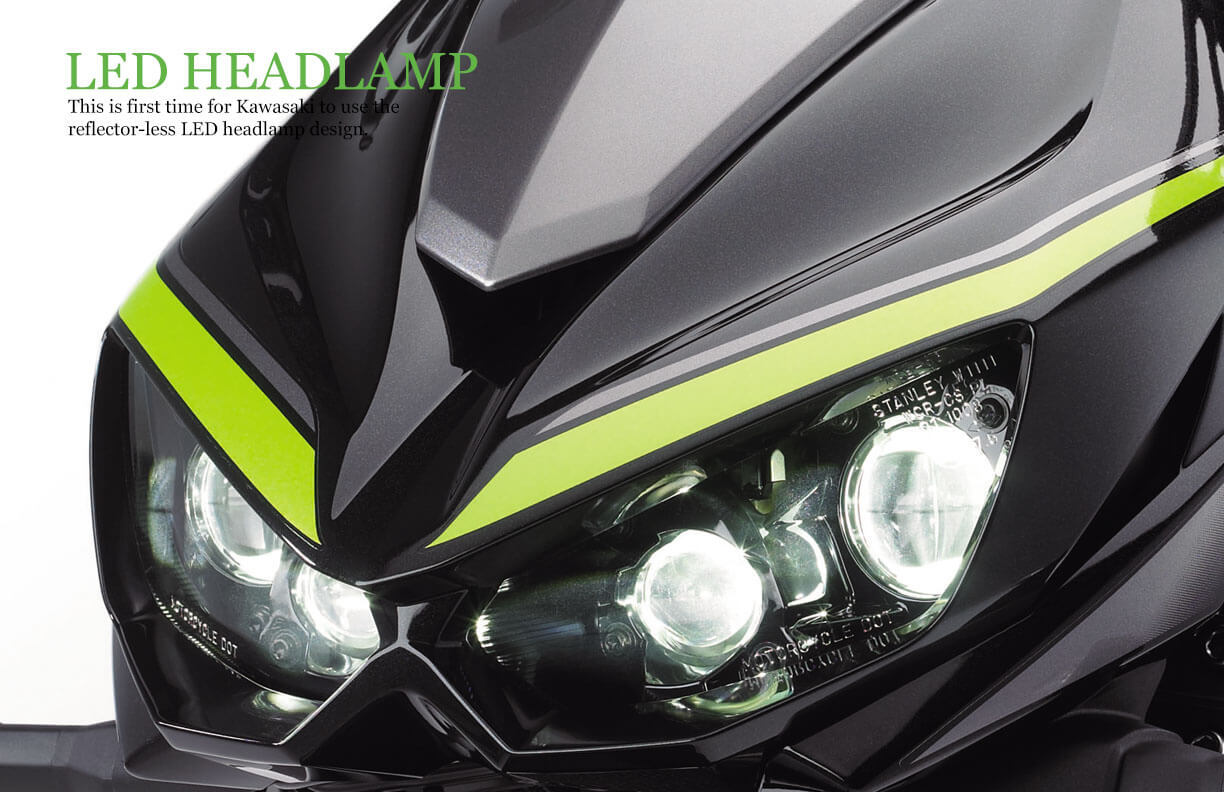 The thin, compact headlamp cowl was positioned as low as possible, extending the line that starts from the top of the tank. This is first time for Kawasaki to use the reflector-less LED headlamp design. Using LED lamps allows the design to be thin, the shape contributing to the more intense glare of the new Z1000’s face, and the reflector-less design further enhances its predatory appearance. There are four long-life, low-energy LED bulbs: two low-beam (centre), two high-beam (outside). All four bulbs light up when the high-beams are on. A separate LED position lamp is located on the meter cove.

The new Z1000 features Tokicomonobloc calipers and larger 310 mm front petal discs. Achieving the new braking characteristics required a redefinition of what Kawasaki’s “ideal” braking for a Supernaked was to be. The new brakes offer a stronger initial bite, and a smooth brake force application – a perfect match for the Z1000’s quick handling chassis and responsive throttle. 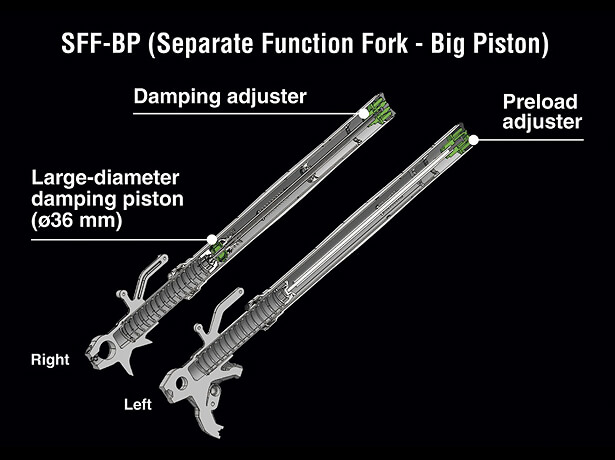 The more direct handling of the new Z1000 can be largely attributed to its new suspension. The new SFF-BP achieves both comfort and sport potential ideal for street riding. Combining the concepts of Showa SFF and BPF, the new fork features springs on both sides, with preload adjustability in the left tube and damping duties in the right tube 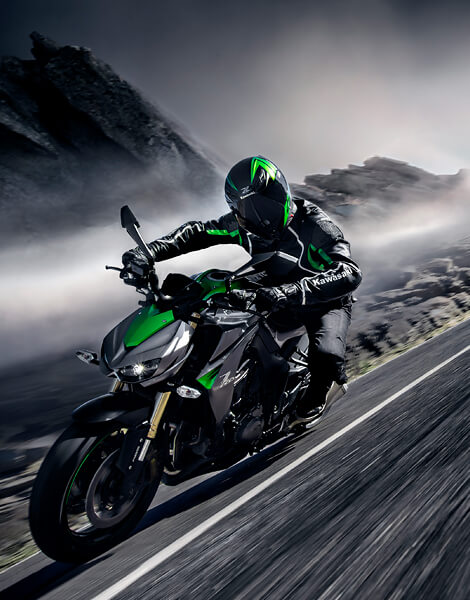 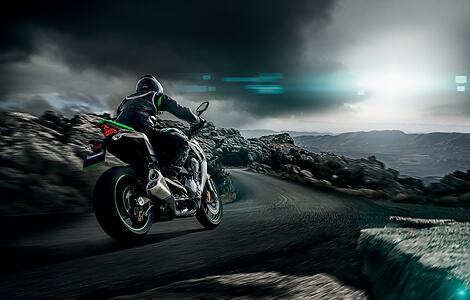 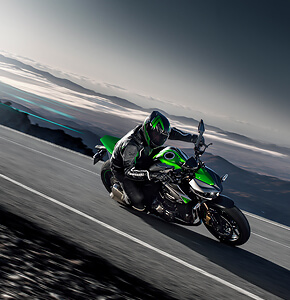 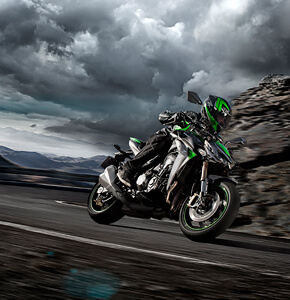 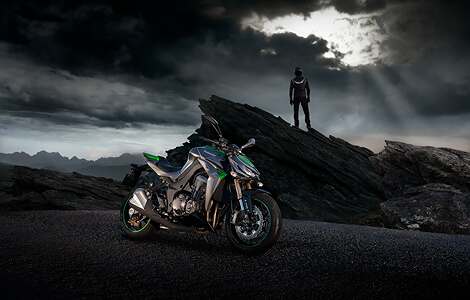 This website uses cookies.
Kawasaki Motors Enterprise (Thailand) Co., Ltd. uses cookies to collect information about your usage to improve our services as well as to increase the efficiency of the website to meet the needs of customers.
For more details, click